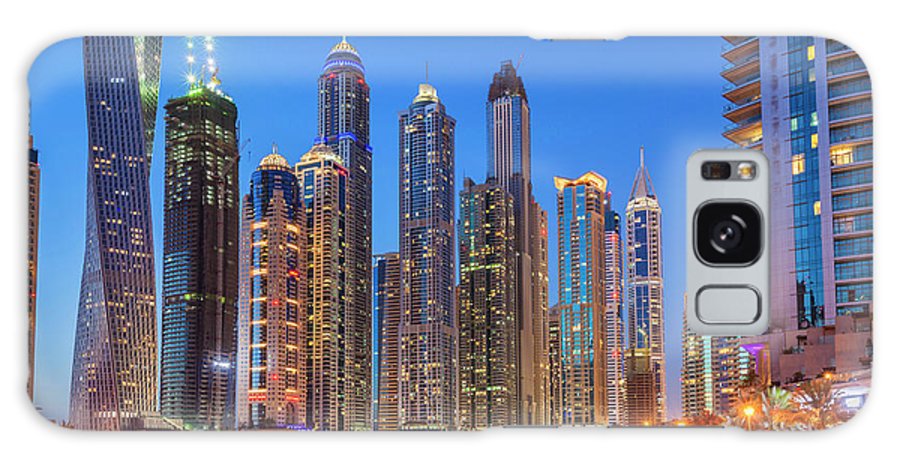 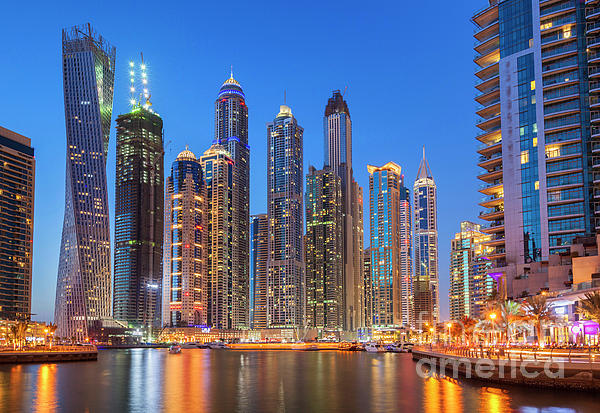 Dubai Marina Skyline at night Galaxy case by Neale And Judith Clark.   Protect your Galaxy S8 with an impact-resistant, slim-profile, hard-shell case. The image is printed directly onto the case and wrapped around the edges for a beautiful presentation. Simply snap the case onto your Galaxy S8 for instant protection and direct access to all of the phone's features!

Arabian nights - Dubai Marina Skyline at night, Dubai City, United Arab Emirates, UAE, Middle East Dubai Marina is a district in Dubai, United Arab Emirates. Dubai Marina is an artificial canal city, built along a 3-kilometre (2 mi) stretch of Persian Gulf shoreline. In order to create the man-made marina, the developers brought the waters of the Persian Gulf into the site of Dubai marina, creating a new waterfront. There is a large central waterway, excavated from the desert and running the length of the 3 km site. More than 12% of the total land area on the site has been given over to this central public space. Although much of this area is occupied by the marina water surface, it also includes almost 8 km of landscaped public walkways. The marina is entirely man-made and upon completion, it is claimed to be the world's largest man-made marina. Alamy reference EPX5GW