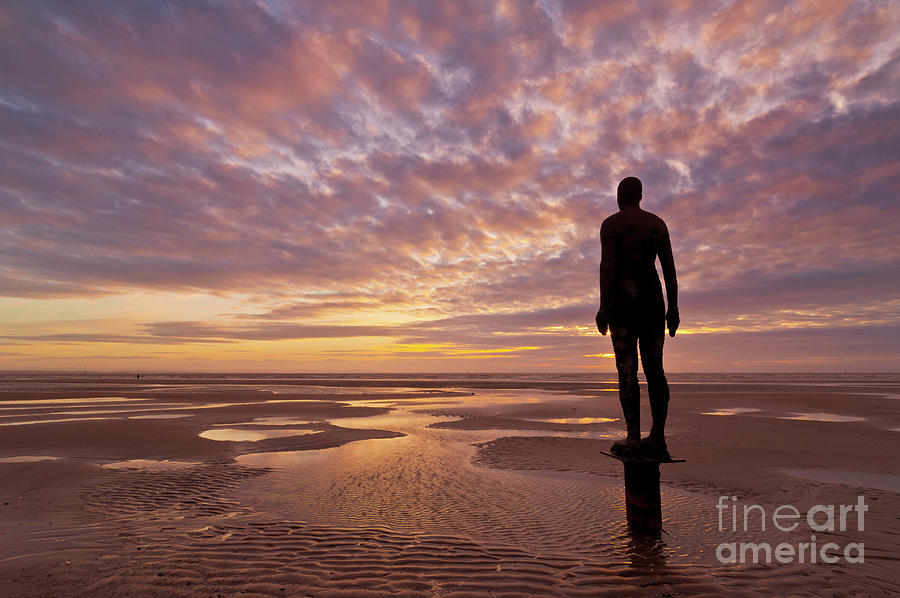 Another Place is a piece of modern sculpture by Sir Antony Gormley located at Crosby Beach in Merseyside, England. It consists of 100 cast iron figures facing towards the sea. The figures are modelled on the artist's own naked body. The work proved controversial due to the naked statues but has increased tourism to the beach. After being exhibited at two other locations it was put on display at Crosby on 1 July 2005. After some controversy Sefton Metropolitan Borough Council decided on 7 March 2007 that the sculptures should be permanently installed at the beach
The work consists of cast iron figures which face out to sea, spread over a 2-mile (3.2 km) stretch of beach between Waterloo and Blundellsands. Each figure is 189 centimetres (6 ft 2 in) tall and weighs around 650 kilograms (1,430 lb). The figures are cast replicas of Gormley's own body. As the tides ebb and flow, the figures are revealed and submerged by the sea. The figures were cast at Hargreaves Foundry in Halifax, West Yorkshire and the Joseph and Jesse Siddons Foundry in West Bromwich by foundryman Derek Alexander