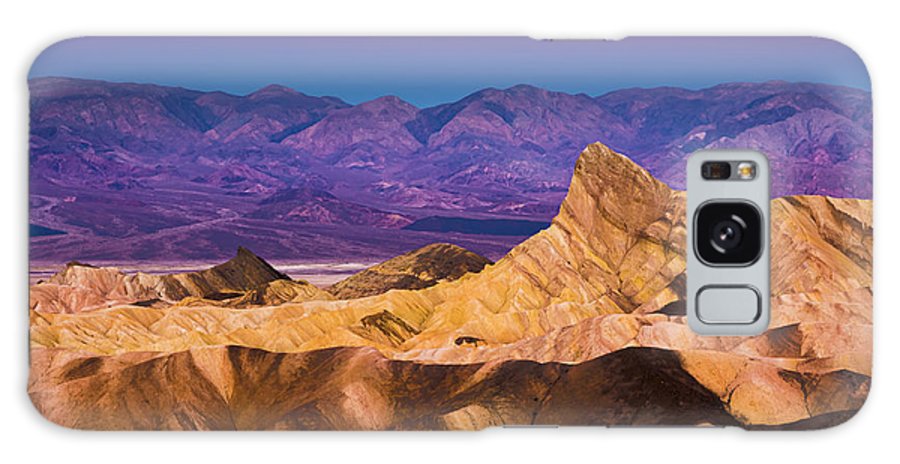 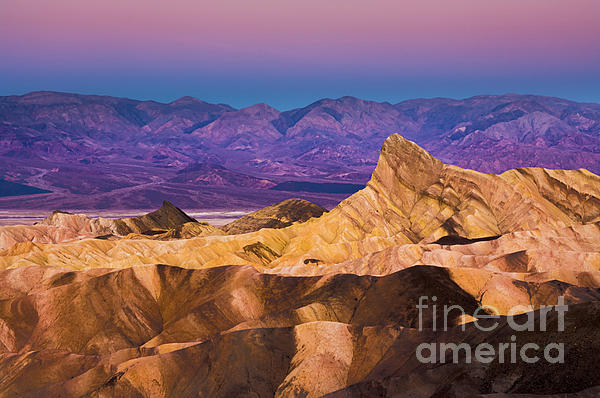 Pre-dawn at Zabriskie Point, Death Valley, California Galaxy case by Neale And Judith Clark.   Protect your Galaxy S8 with an impact-resistant, slim-profile, hard-shell case. The image is printed directly onto the case and wrapped around the edges for a beautiful presentation. Simply snap the case onto your Galaxy S8 for instant protection and direct access to all of the phone's features!

Zabriskie Point Sunrise - Manly Beacon just before sunrise Zabriskie Point, Furnace creek, Death Valley National Park, California, USA Zabriskie Point is a part of the Amargosa Range located east of Death Valley in Death Valley National Park in California, United States, noted for its erosional landscape. It is composed of sediments from Furnace Creek Lake, which dried up 5 million years ago—long before Death Valley came into existence. The location was named after Christian Brevoort Zabriskie, vice-president and general manager of the Pacific Coast Borax Company in the early 20th century. The company's twenty-mule teams were used to transport borax from its mining operations in Death Valley Manly Beacon was named in honor of William L. Manly, who along with John Rogers, guided members of the ill-fated Forty-niners out of Death Valley during the gold rush of 1849